Between one meeting and the next,

between now and our encounter again,

between a done task and the next in the list,

between me and the next guy in the queue,

between my living room and my neighbour’s,

between my room at night and the moon,

between my body and yours,

between goodbye and your lover’s return,

between the end of a song and the new beginning,

between my sunset and morning,

between your hand and mine,

between the stars and a responding wave,

between you and me,

It is a vast space.

Use it, allow it, breathe in it. 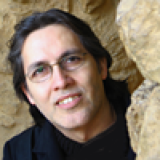 At heart, I am a story-teller. As a creative writer and designer, I tell stories on the web, on paper, and sometimes I scribble random lines on the dance floor.

This site uses functional cookies and scripts to improve your experience. You may change your settings at any time. Your choices will not impact your visit.

NOTE: These settings will only apply to the browser and device you are currently using.